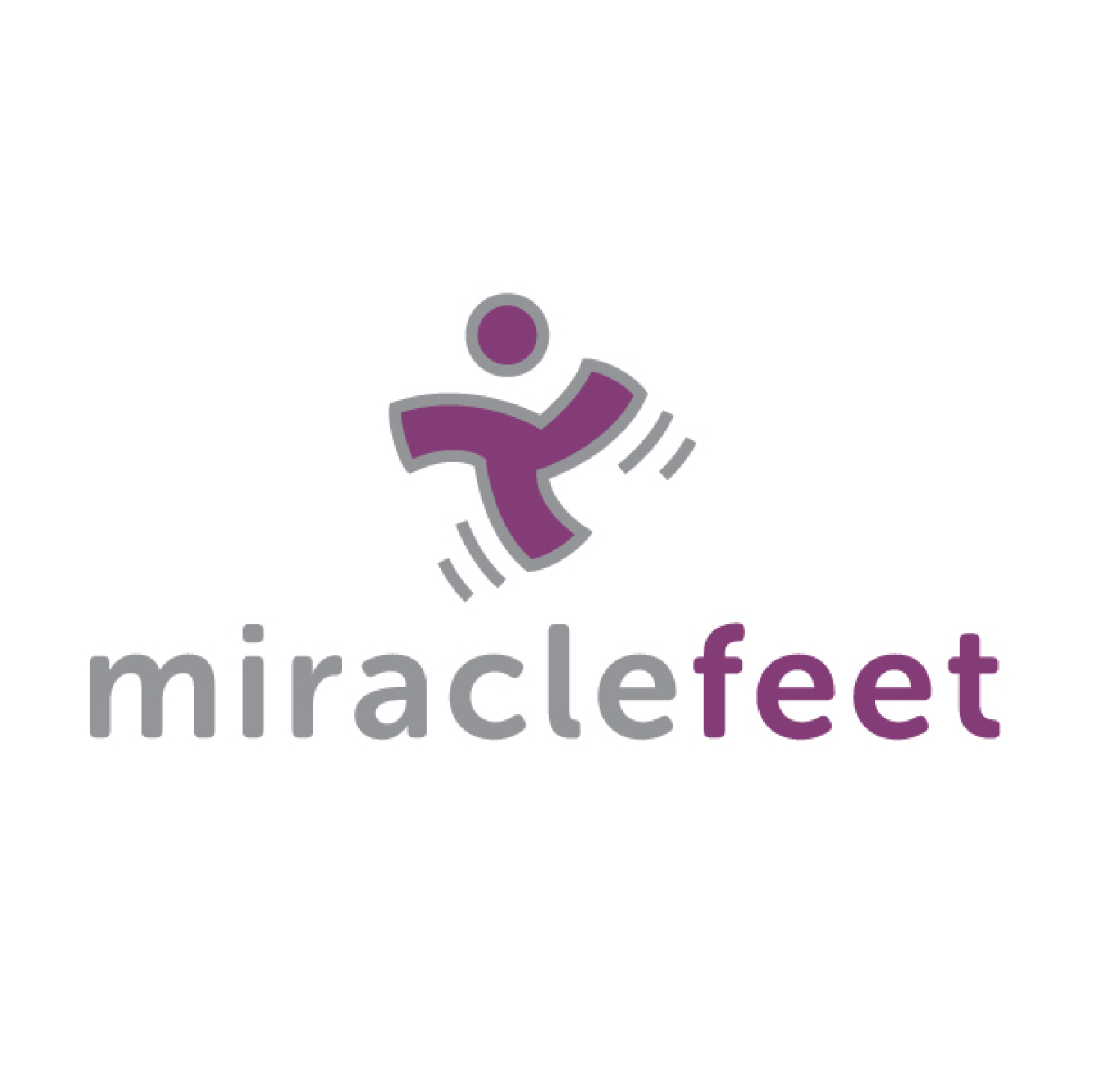 MiracleFeet aims to eliminate a leading cause of physical disability worldwide: clubfoot. MiracleFeet expands access to quality treatment for children born with clubfoot through partnerships with local healthcare providers in 29 low- and middle-income countries. The non-profit organization brings the low-cost, non-surgical standard of care – provided in advanced health systems – to low-income countries. MiracleFeet trains new providers in basic and advanced skills and develops regional teams of qualified trainers who can build workforce capacity in their own countries: an approach that reduces costs and increases sustainable access to treatment. 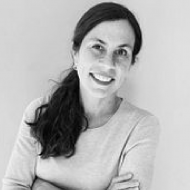 Daphne de Souza Lima Sorensen has 20 years’ experience in international development, social justice and child and human rights, leading teams across Latin America and Africa. She oversees global operations and staff, adding strategic leadership capacity to MiracleFeet’s growing team and impact. Daphne joined MiracleFeet from the Lumos Foundation, where she served as regional director for Latin America & Caribbean programs. For more than a decade prior, she held leadership roles at Save the Children—as country director in Bolivia and provincial program manager in Mozambique—and CARE as program coordinator in Brazil. She has also lived and worked in Uganda, Angola, Guatemala, Panama, and El Salvador. Born in Brazil, Daphne grew up in Venezuela, the United Kingdom, and United States and is fluent in English, Portuguese, and Spanish. She earned her master’s degree in Leadership from Duquesne University and bachelor’s in International Studies and Development and Economics from American University. 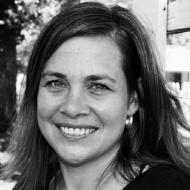 Jennifer brings broad expertise to MiracleFeet where she provides senior oversight of the core service delivery elements of program activities and also serves as the technical lead on the USAID ReLAB-HS project. Additionally, she collaborates with MiracleFeet’s president and director of programs to safeguard the quality, relevance, and impact of clinical activities in support of children with clubfoot and their families, including expansion into new middle-income countries. Jennifer’s previous experience includes serving in the Peace Corps in Cote d’ Ivoire providing community-based rehabilitation to underserved populations, serving as the physiotherapy coordinator in Angola for landmine victims, and managing a rehabilitation project in Niger with the country’s first Ponseti clinic. She received her Bachelors in Biology from State University of New York-Oswego and her Master of Physical Therapy at Western Carolina University. 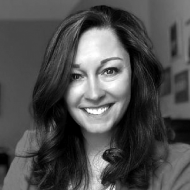 After 15 years in service delivery management roles with IBM and Accenture, Amanda joined MiracleFeet in 2015 to be a small part of the global movement to end clubfoot disability around the world. Born with bilateral clubfoot, Amanda has a strong personal connection to MiracleFeet’s mission and a deep respect for MiracleFeet’s medical and programmatic approach. Amanda leads a global team responsible for developing products, services, and processes that enable healthcare workers to ensure children born with clubfoot realize their right to proper treatment and a healthy, active life. Her responsibilities include managing a growing portfolio of solutions and innovations, including an mHealth application, data analysis and reporting tools, and digital training resources, as well as global distribution of the MiracleFeet brace. Amanda has a BA in Communication and received her MBA from Bradley University. 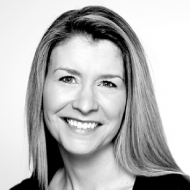 Lindsey has worked in cause communications, PR, and marketing for 15 years, the majority in global health and development. Prior to joining MiracleFeet, she led brand strategy, design, and multimedia production at IntraHealth International, an organization working to solve the critical shortage of health workers in more than 50 countries. Lindsey started her career working on a 2004 national presidential campaign. Before moving into global health, she led PR campaigns that generated national media coverage about food insecurity and hunger in America for the Food Bank of Central & Eastern NC. Lindsey earned a BA in English from Wake Forest University and is pursuing an MBA at North Carolina State University. 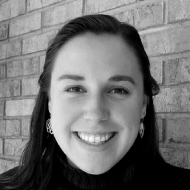 Karyn is passionate about making health and wellbeing accessible to everyone and loves working behind the scenes to help great organizations have great impact. She has worked for both local and international nonprofits in project design and management, marketing and development, and monitoring and evaluation. She joins MiracleFeet after spending two years in Rwanda with the Peace Corps, coordinating community health training at a local health center. Karyn holds a BS in International Health from Georgetown University. 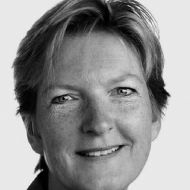 After getting her BA in 1982, Marieke spent five years working in nursing in the Netherlands, followed by 20 years living in Kenya, Malawi, and Uganda with her husband, Michiel Steenbeek, and her two sons. In Uganda, Marieke worked as a program manager in rehabilitation, orthopaedic, and plastic surgery. Many children with neglected clubfoot came into the center for surgery, and Marieke recalls the difficulty of the operations – for the child as well as the surgeon. After Prof Pirani visited the Ugandan program bringing information about the Ponseti Method, Marieke and her husband, Prof Pirani, and Dr. Norgrove Penny started the Uganda Clubfoot Project in 1999. Marieke became the national coordinator of this first-ever national clubfoot program with a public health approach. The program grew quickly with donated funds while Marieke also completed her graduate diploma in Health Systems Management at the Londen School of Hygiene and Tropical Medicine. In 2009, Marieke and Michiel went back to the Netherlands for more than 7 years, where Marieke worked as a research coordinator and specialist nurse for children with cleft lip and palate in the University Hospital of Groningen. Marieke has written and co-authored several published articles, and in 2010, she went to Haiti for emergency aid following the earthquake and performed missions work in Sierra Leone with a plastic surgery team. 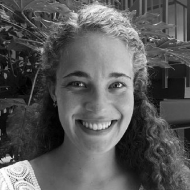 Katy brings to MiracleFeet experience in public health programming and research. Her international health experience includes three years as a Peace Corps Volunteer working on community health projects in the Dominican Republic, work supporting research and evaluation projects in the realm of global reproductive and maternal health, and experience conducting research on child health in Kenya. She has also worked on multiple research projects and programming initiatives with underserved populations in New York City. Katy holds a Bachelor of Arts in public policy and global health from Duke University, and a Master’s in Public Health from Columbia University. 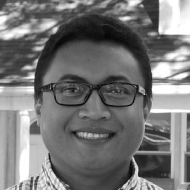 Noé Rajerison is a public health professional with extensive experience working with NGOs and community-based organizations as well as Ministries of Health in low- and middle-income countries. He’s passionate about improving and increasing healthcare services delivery to the underserved communities and has been key to the growth of the MiracleFeet-supported programs in Francophone and West/Central Africa during his previous role as a regional program manager. Noé brings his expertise in project management and health programming to the global partners of MiracleFeet, where he currently serves as Associate Director of Programs. His previous professional experience includes teaching project management and monitoring and evaluation classes for Management Development International, an international professional development program at Illinois State University. Prior to his relocation to the U.S., Noé worked for Population Services International in Madagascar, where he focused on increasing access to sexual and reproductive health services through peer education and social franchising of a network of public and private healthcare providers. Noé has a B.S. in Accounting from INSCAE Madagascar and a Master of Science in Management from Université Paris-Est Créteil, France. He speaks English, French, and Malagasy. In his spare time, he enjoys quality time with his family. 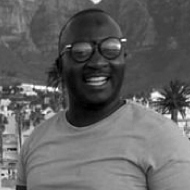 Sele is the System Administrator for MiracleFeet focusing on CommCare, DHIS2 integration, SMS, and mobile learning. He is an experienced app developer and technical expert who spent years building, implementing, and supporting mHealth & Informatics solutions for nonprofits around the world, including Jhpiego and Elizabeth Glaser Pediatric Aids Foundation. Sele is passionate about building regional capacity and has spent much of his time focusing on the application of health information systems for data collection, management, analysis, and use. He has also built apps for HIV/AIDS and TB services and worked closely with the Lesotho MoH providing technical assistance. He is a leader in scoping activities and assessments on the need for new technologies that inform how to strengthen activities to accelerate progress towards country HIV/AIDS and TB strategies. Sele has a Bachelor’s Degree in IT specializing in computer engineering from the University of Cape Town and is now based in Maseru, Lesotho. 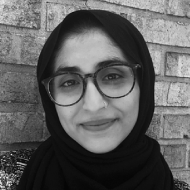 Misbah joins MiracleFeet as a recent graduate from UNC-Chapel Hill with a BS in Health Policy and Management. She is passionate about addressing health disparities on a global scale and has experience working abroad in Morocco as a volunteer, at UNC School of Medicine’s free health clinic, and at the Carolina Population Center. 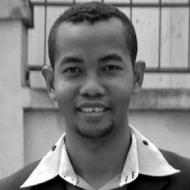 Andrianina is MiracleFeet’s Senior CAST Administrator supporting the headquarters team with projects related to CAST and SMS. Andrianina was involved in the development of CAST, supporting the pilot with Dimagi in Madagascar. Prior to joining MiracleFeet, Andrianina worked with our Madagascar partner as the technical coordinator. He’s an experienced Ponseti practitioner, trained by Mercy Ships, and is based in Toamasina, Madagascar.

We use cookies on our website to give you the most relevant experience by remembering your preferences and repeat visits. By clicking “Accept All”, you consent to the use of ALL the cookies. However, you may visit "Cookie Settings" to provide a controlled consent.
Cookie SettingsAccept All
Manage consent

This website uses cookies to improve your experience while you navigate through the website. Out of these, the cookies that are categorized as necessary are stored on your browser as they are essential for the working of basic functionalities of the website. We also use third-party cookies that help us analyze and understand how you use this website. These cookies will be stored in your browser only with your consent. You also have the option to opt-out of these cookies. But opting out of some of these cookies may affect your browsing experience.
Necessary Always Enabled
Necessary cookies are absolutely essential for the website to function properly. These cookies ensure basic functionalities and security features of the website, anonymously.
Functional
Functional cookies help to perform certain functionalities like sharing the content of the website on social media platforms, collect feedbacks, and other third-party features.
Performance
Performance cookies are used to understand and analyze the key performance indexes of the website which helps in delivering a better user experience for the visitors.
Analytics
Analytical cookies are used to understand how visitors interact with the website. These cookies help provide information on metrics the number of visitors, bounce rate, traffic source, etc.
Advertisement
Advertisement cookies are used to provide visitors with relevant ads and marketing campaigns. These cookies track visitors across websites and collect information to provide customized ads.
Others
Other uncategorized cookies are those that are being analyzed and have not been classified into a category as yet.
SAVE & ACCEPT